Crockpot French Toast made with cubed or sliced French bread and layering cinnamon, butter and brown sugar make this a delicious breakfast perfect for weekend mornings.

Making French toast in my slow cooker for breakfast on this cold and rainy day will hopefully keep us warm during our mid-morning soccer game. Weekend mornings are supposed to be less hectic right? 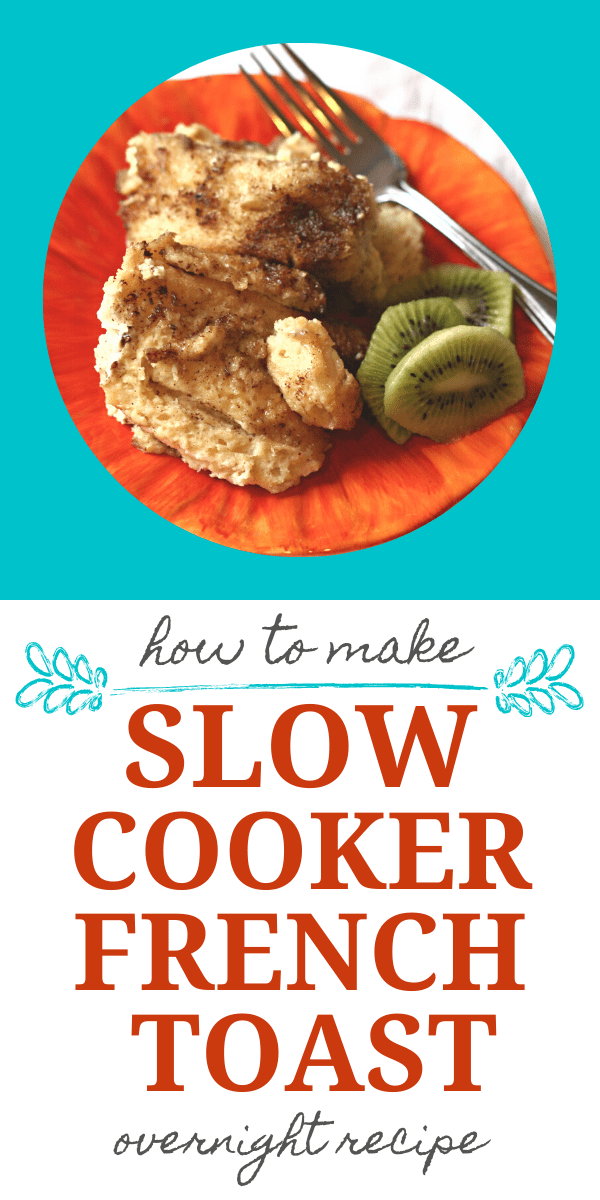 I assembled my recipe in the crock the night before and placed it in the refrigerator overnight like you would a normal French Toast casserole. I suppose I could have just placed it in the oven in the morning, but I really wanted to try it in my crockpot, so once I was up at 6:30am, I turned my crockpot on high since I needed it to be done in a couple of hours.  Otherwise, I would have turned it on low for 4 hours. Who doesn’t love a good breakfast casserole? 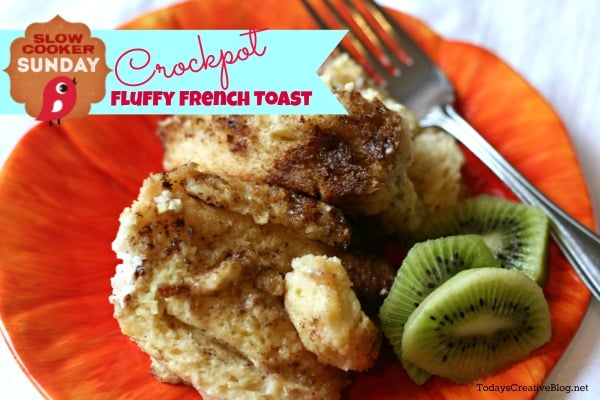 If you’re having brunch and need to keep your oven clear for other items, this is a great way to make this casserole.  I do the same thing for my Thanksgiving crockpot stuffing…….I use my crockpot to free up space in my oven.  After cooking on low for 2.5 hours, this recipe was ready to eat.  It’s sweet enough to eat without syrup, but of course, that didn’t stop my son.  I added kiwi and a protein smoothie and he was ready for his soccer match.

We do our best to calculate, however, nutrition information may not be accurate.

What Bread is Best for Making French Toast?

I prefer using a loaf of French Bread when making crockpot French toast. This recipe is very forgiving though, so if you only have sliced sandwich bread or wheat bread, it’s still going to turn out great.

Can I Make it the Morning Of?

Sometimes I don’t realize I want slow cooker French toast until that morning and I’ve missed the opportunity to make it the night before. You’re in luck, yes, you can still make it the morning of. But I’d give it at least 30 min so it has had adequate time to soak up all the goodness.

Can I make Crockpot French Toast in the Oven? 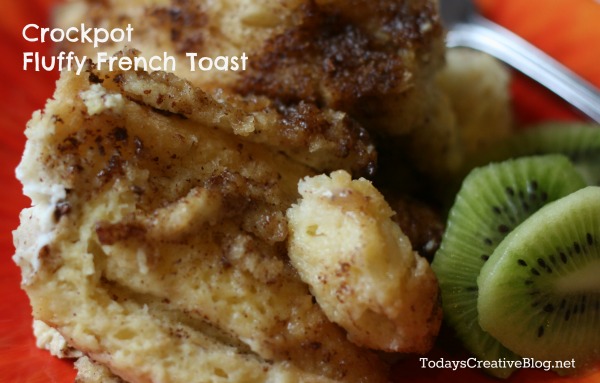 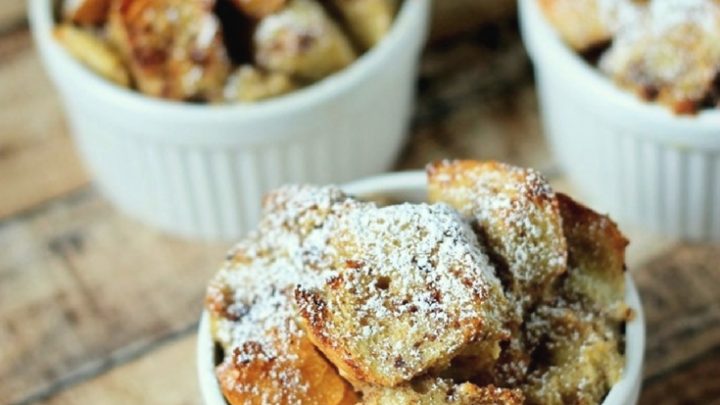 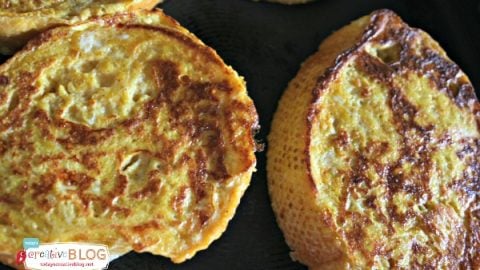 This is a Fall favorite! 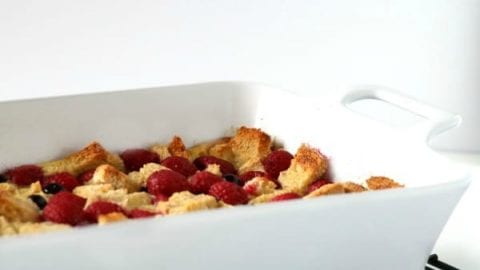 Add all the berries you want! 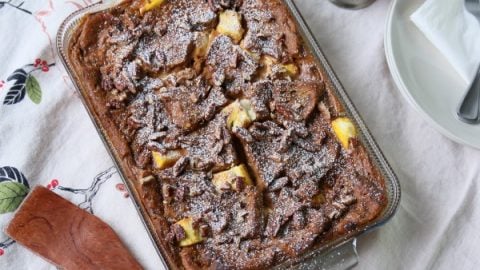 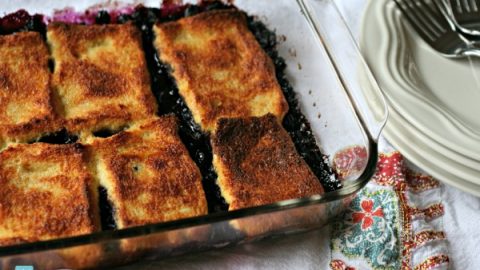 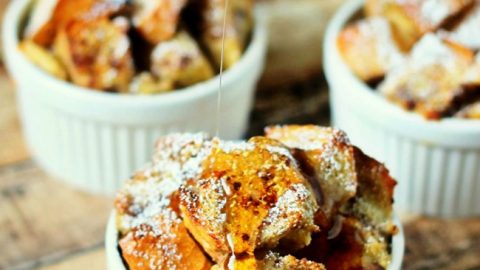 Perfect for a buffet! 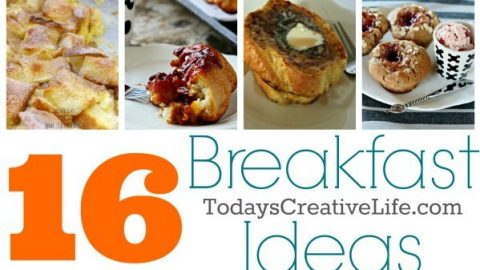 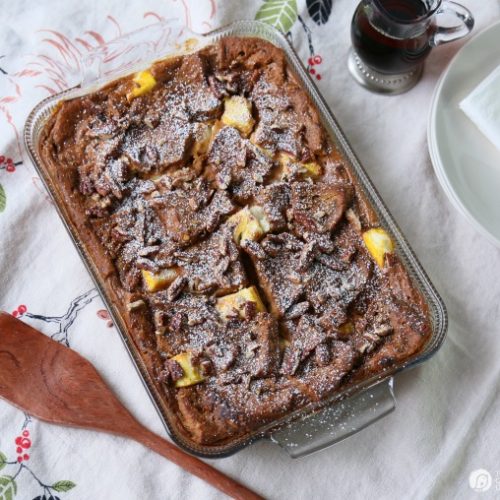 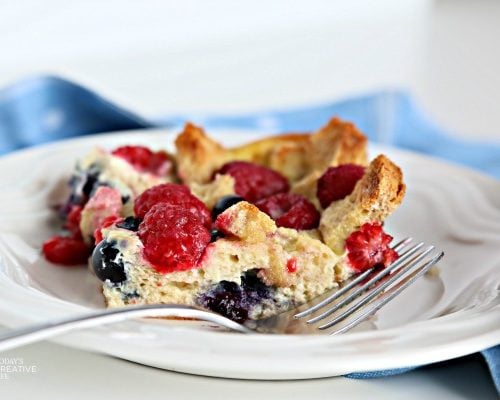 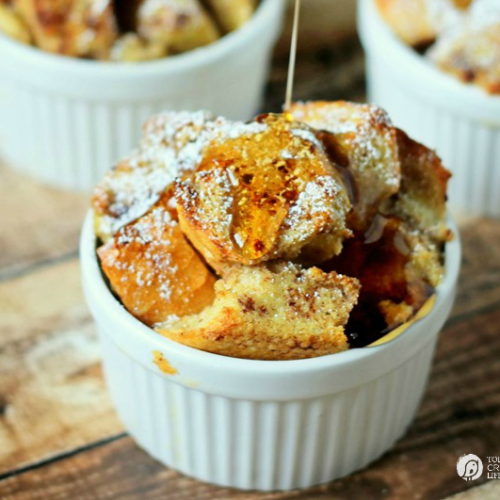