I have a lot of French Toast recipes on this blog! You could say we are big fans! That’s why I couldn’t resist making this Pumpkin Cream Cheese French Toast Casserole which can also be an overnight french toast casserole dish for convenience. 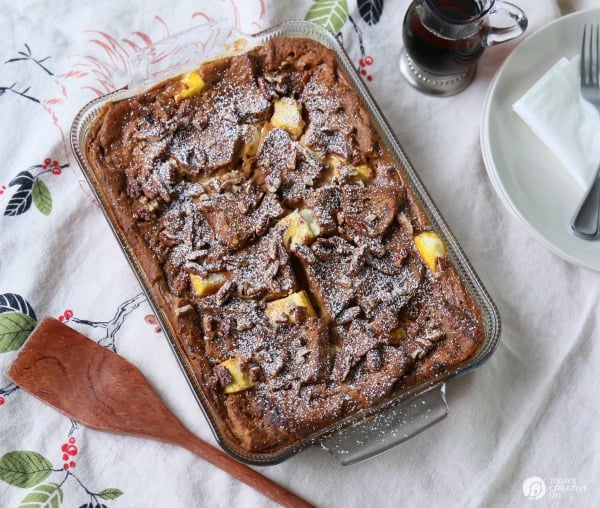 French toast casseroles are so much easier than making a stack of french toast. When you’ve got a crowd to feed or planning brunch or even a holiday breakfast, this is your recipe! 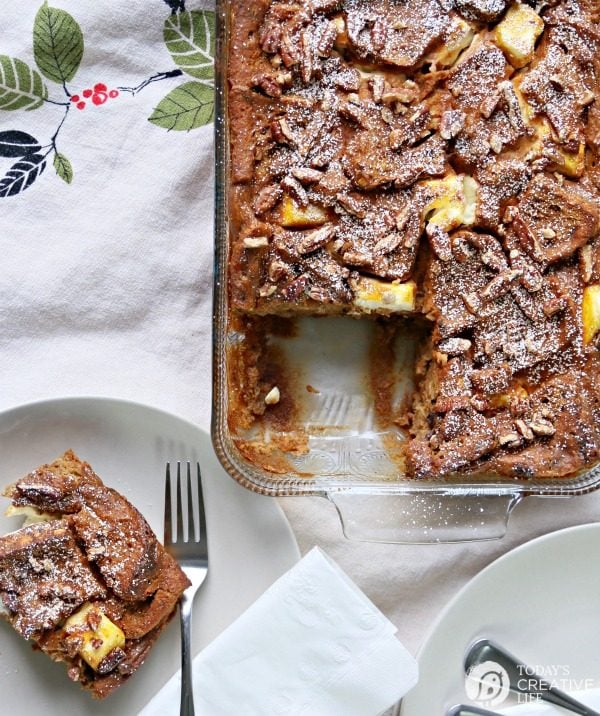 As mentioned, you can make this up the night before and let it sit in the fridge to really let the bread soak up the egg mixture, or make it the morning of. It’s all about being an easy recipe!

Like my Crockpot French Toast, it reminds me a little of a bread pudding. I don’t even need to drizzle with syrup, it’s so tasty.

What kind of bread do you use for French Toast Casserole?

For this Pumpkin Cream Cheese French Toast, I used a cinnamon raisin bread. I like the Killer Dave brand although it’s a little more expensive, it’s healthier. It also made my breakfast casserole delicious! 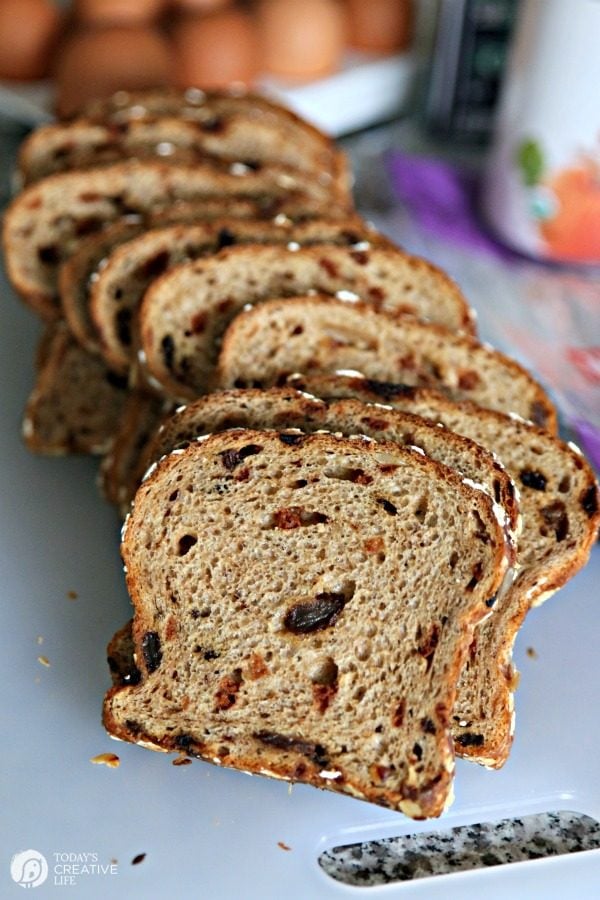 My recipes say to cut the bread into quarters, but honestly, you can rip it or cut into any size. For my Overnight Blueberry French Toast Casserole, I used whole slices, with just the crust cut off. There really are no rules. 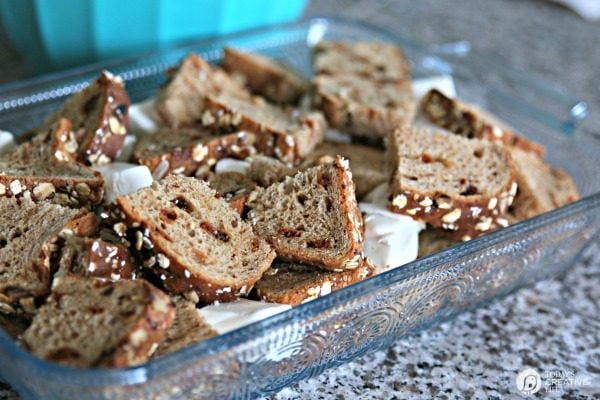 Depending on how large you want your cream cheese bites, will determine how large you cut it. They aren’t going to melt, as many people think they’ll do. If I have extra time or motivation, I’ll roll the cream cheese chunks in cinnamon sugar before adding them.

After you’ve mixed all your liquids, spices and eggs, you’re going to just pour it over the bread. You want the bread to soak up most of the liquid. I’ll usually use a rubber spatula to press the bread down. Let it soak at least 15-20 minutes if you’re baking the same morning. Otherwise, place in the fridge overnight. 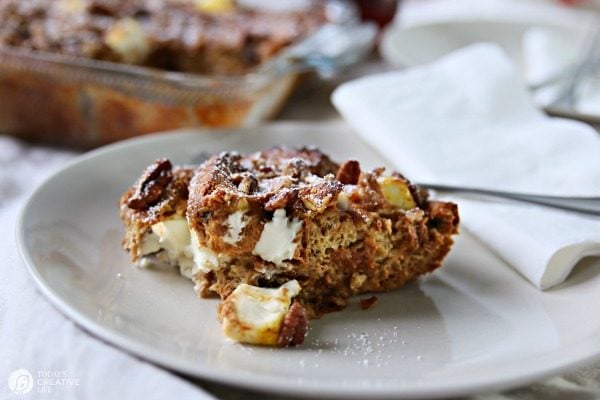 Serve this with or without warm maple syrup, it’s heaven!

Can French Toast Casserole be Reheated?

I’ll reheat a single piece on a plate using the microwave, but if I’m reheating the whole casserole, I’ll place aluminum foil over the top and reheat in the oven, usually 325° or 350° for about 20-25 minutes.

If you make this Pumpkin Cream Cheese French Toast Casserole recipe, I’d love to know what you think. Take a photo and tag me in on Instagram! 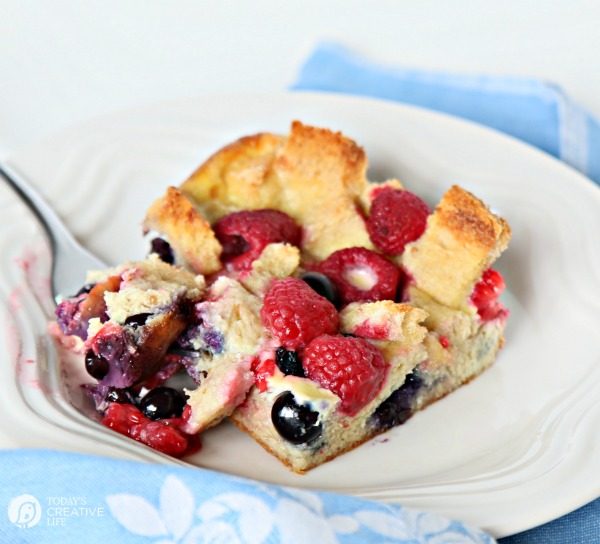 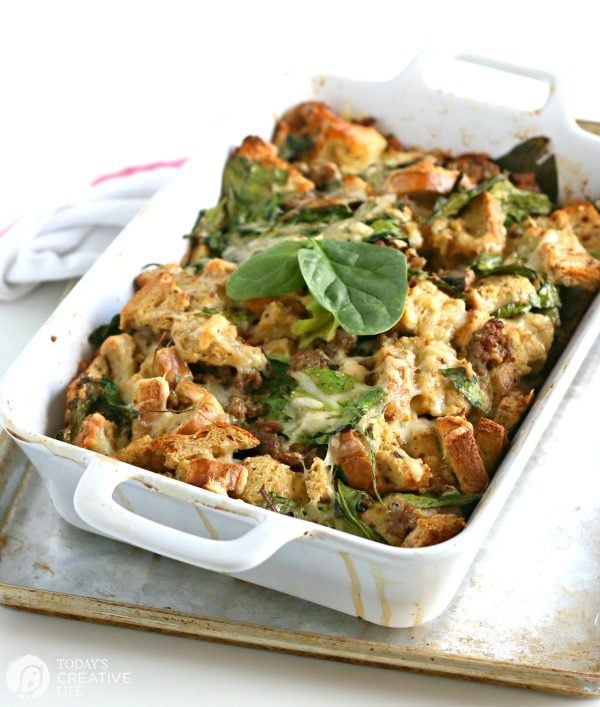 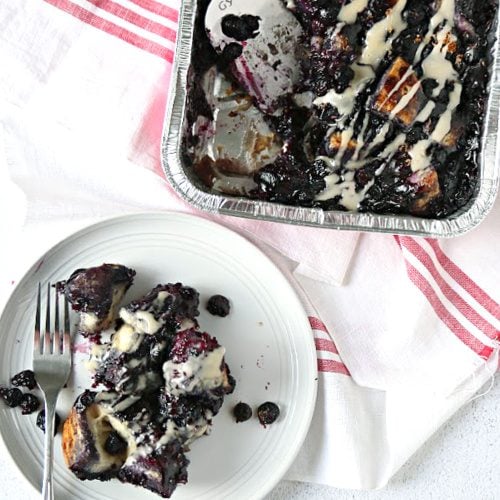 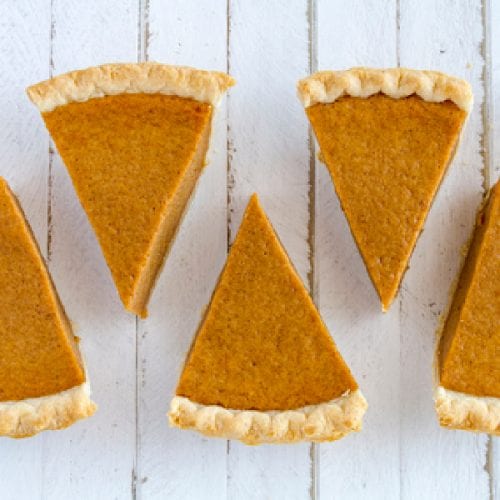 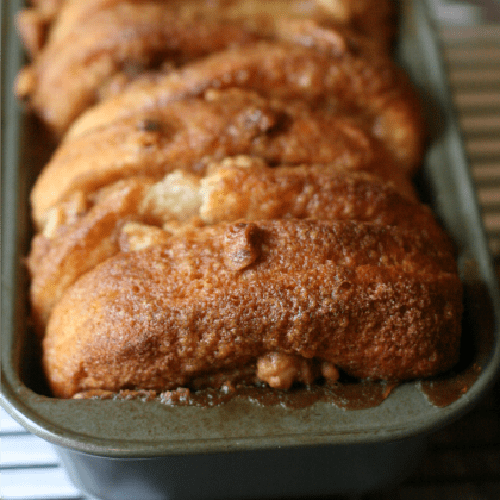